Believing there is no God gives me more room for belief in family, people, love, truth, beauty, sex, Jell-o, and all the other things I can prove and that make this life the best life I will ever have. Penn Jillette

Science & Critical Thinking - the Secular Humanist View is our regular column in Malawi's Sunday Times Newspaper which we will now publish weekly on this blogsite. Older issues will be made available in due course on our linked site http://ref-mwhumanism.blogspot.com.
February 11, 2011

Posted by Mkamwini at 12:08 No comments:

On Sunday, 6th February, 2011 at the Association's offices in Lilongwe Founder/Chairman of ASH, Dr. Paul Munyenyembe chaired a meeting of delegates from the north to the south of Malawi representing Lilongwe, Blantyre, Zomba, Mulanje branches and University of Malawi chapters at Chancellor College and Bunda College of Agriculture. As well as reveiewing activities to date and strategising on the way forward, delegates, in a sign of the growing maturity of ASH, appointed for the first time a full board of nine directors to oversee and direct the Association's activities. Previously, due to low membership numbers, the organisation had been effectively run by the ever active Executive Secretary, George Thindwa and informal contacts with founder members. George remains as Executive Secretary and Paul Munyenyembe, who brings considerable stature to the post, was unanimously re-appointed as Chairman even though he is now resident in neighbouring Zambia. It was thought that an active Vice-President would be capable of performing regular functions in his absence.
A full list of  office holders and contact details will be posted later.
Posted by Mkamwini at 09:55 No comments:

Email ThisBlogThis!Share to TwitterShare to FacebookShare to Pinterest
Labels: board of directors
Home
Subscribe to: Posts (Atom) 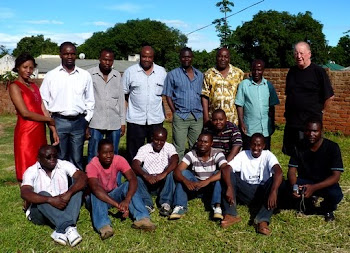 The Association for Secular Humanism in Malawi adheres to these principles:

Mkamwini
'Mkamwini' is the slightly derogatory term applied to a man who has married into a woman's family in the matrilocal system of much of Malawi. Mkamwini has many duties but few rights. That describes me, However, I have done my best over the last 19 years to make Malawi a better place for everyone. The fight now is to regain all those freedoms and rights which should be so precious to us. Vice-Chairman of the Association for Secular Humanism (ASH) in Malawi.